Japan on a Budget: Sapporo 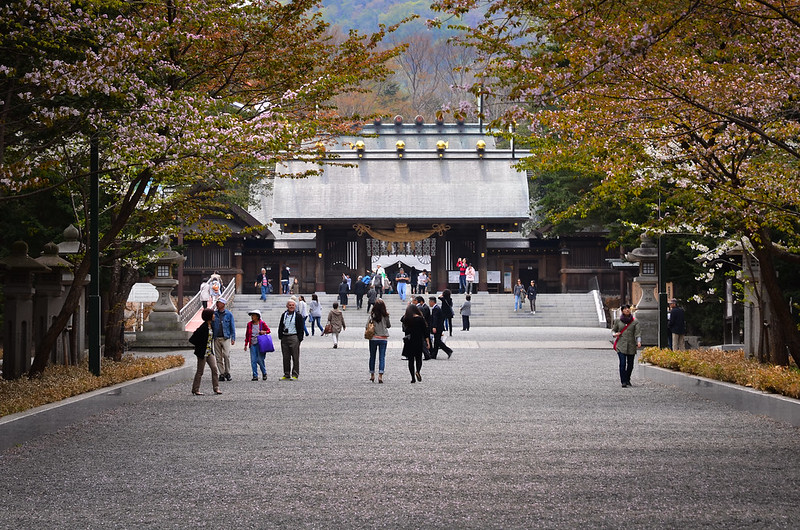 Sapporo is, appropriately, the easiest place in Hokkaido to get to. There’s a huge JR station, it’s the terminal for buses to all over the island, and of course there’s New Chitose airport, served by loads of flights from Honshu and beyond. I rolled in on a coach from Toyako Onsen. There are three subway lines, two of which serve the JR station, and the third of which cuts across from east to west, intersecting the others at Odori, and also a tram system.

One thing to note is that despite the subways obviously using a FeliCa smart card system – like just about every other city in Japan – this one’s not compatible with Suica cards (and if you try, as I did, you’ll look like a proper idiot). Instead you need either a Sapica card for the subway, or a Kitaca for the train system – again, they are incompatible. A Sapica costs 2000yen, for which you get 1500 yen credit – when you leave, you can turn in the card for 300yen plus any remaining credit on it.

I arrived in the morning of Midori-no-hi – literally green day, and I guess better translated to Nature Day – one of the Golden Week holidays. With that in mind, I figured I’d make a beeline for the huge University botanical garden in the West of the city centre – it turned out they’d made it free for the day to celebrate. Free or not, it’s a beautiful place, with greenhouses full of tropical plants, an area dedicated to alpine flowers and plenty of blooming cherry trees. There’s also a small museum dedicated to the garden’s American founder, which is pretty interesting if you can read English as it contains many of his letters, and a smaller museum containing Ainu costumes, tools and the like, which you can get into from just inside the park entrance. 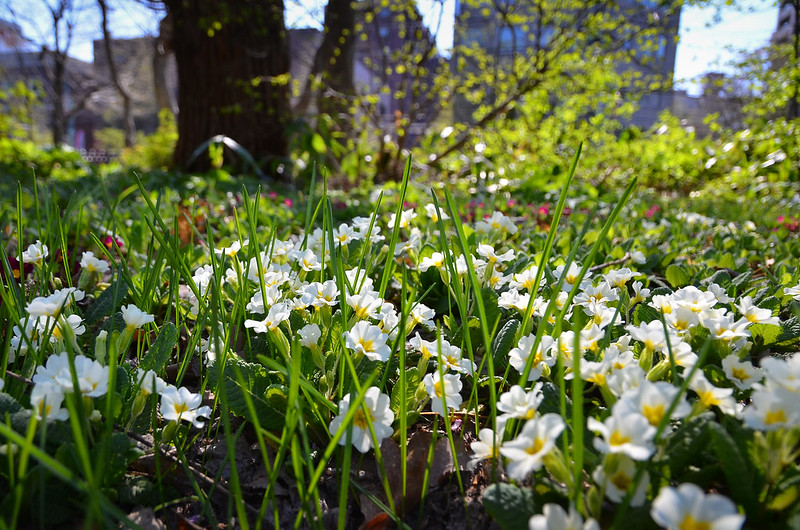 Speaking of parks, there’s another in the east of the city – take the subway (Tozen line?) to Maruyama Koen, then exit 1. This one contains a huge area where families and groups were barbecuing, and a pretty section full of cherry trees. Further in, there’s the Hokkaido shrine, pictured at the top – it’s obviously quite new when you compare it to the ones elsewhere in Japan, but it’s still an elegant, pretty temple. 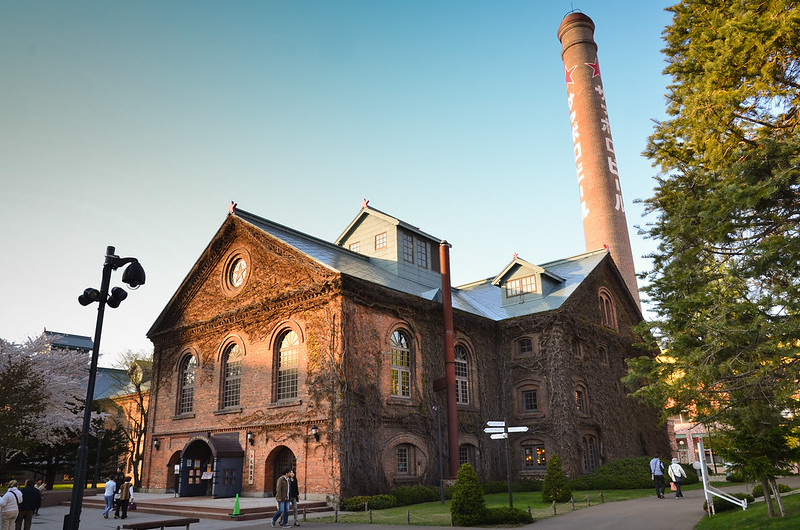 But it’s not just parks, of course. Speaking of elegant buildings, the old Sapporo factory – now the Sapporo Beer-En and museum – is a glorious red-brick building. The museum’s free, and although it’s mostly in kanji-heavy Japanese it’s quite easy to make out the history of the factory and the brand. Better yet, if you’re even vaguely interested in advertising or design then the old beer labels and huge wall of vintage advertising are fascinating.

At the end of the tour you can order up a sample of three beers – standard Sapporo, the Hokkaido-only Sapporo Classic and a slightly cloudy variety – for a few hundred yen. If you order all three together they even throw in a small cheese, for some reason – buy a ticket from the vending machine.

Sapporo has as many hotels and ryokan as you’d expect – all the usual suspects, including several Toyoko Inns and a Sunroute. During Golden Week, though, choice was limited, so I went for the Dormy Inn Annex – as it turned out, a good choice. While just a little more expensive than a Sunroute, and quite a bit more than a Toyoko Inn, the Annex (there’s a Premium across the road) had small but nice rooms, with working WiFi internet. And, surprisingly, a really nice onsen-style bathhouse with both an indoor and an enclosed outdoor bath. It’s located in the covered shopping street a few blocks southwest of Odori.

I passed through Sapporo twice on this trip: once leaving for Otaru, and then later on the Hokutosei Sleeper Train to Ueno.