Japan on a Budget: Otaru 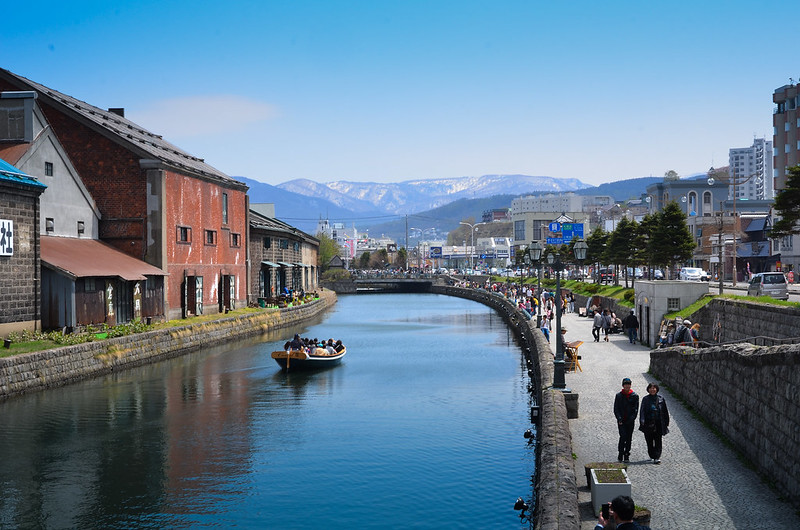 Otaru lies to the northeast of Sapporo, and in the winter is on the train route to the ski resort of Niseko. In spring or summer, though, it’s a major domestic tourism destination. To get there, take a futsuu train from Sapporo’s JR station – it’s not far, and the journey down the coast is quite pretty. You arive at Otaru JR, which is at the top of the town – walk out, and straight ahead, to head for the famous canal (above) and the sea beyond that. On the way down you’ll pass a KFC on your right – look down the side street to see a bike rental shop.

Otaru’s tourism draw is its history, and the buildings that were left behind: once a financial centre, it contains many impressive examples of western-style architecture. And, of course, the canal, and the warehouses beyond, which are now mostly tourist sites, restaurants and the like.

The tourism information office next to the canal bridge in the top of that photo above will give you a walking tour map, but it’s pretty poor – mainly a stroll around some shopping streets. Instead, head up into the town and look for the banking museum: 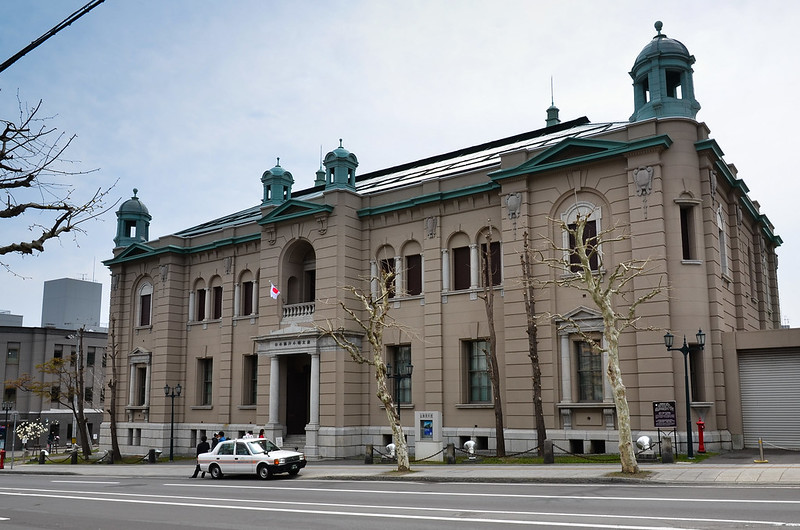 The museum itself is tricky to comprehend if your Japanese is limited, but it’s still worth a walk around just to see the architecture of the bank – and take a look inside one of its giant vaults. There are also some exhibits on anti-forgery measures that are easy to get your head around, and worth seeing.

Further up yet, there’s a decently sized park to wander around, and also some slightly worn department stores if you’re in need of anything. Otherwise, heading north along the canal takes you past some more old buildings (some really impressive) and then to a large, modern park jutting out into the sea on what I assume is reclaimed land – a nice place to slump for an hour and watch the ships. 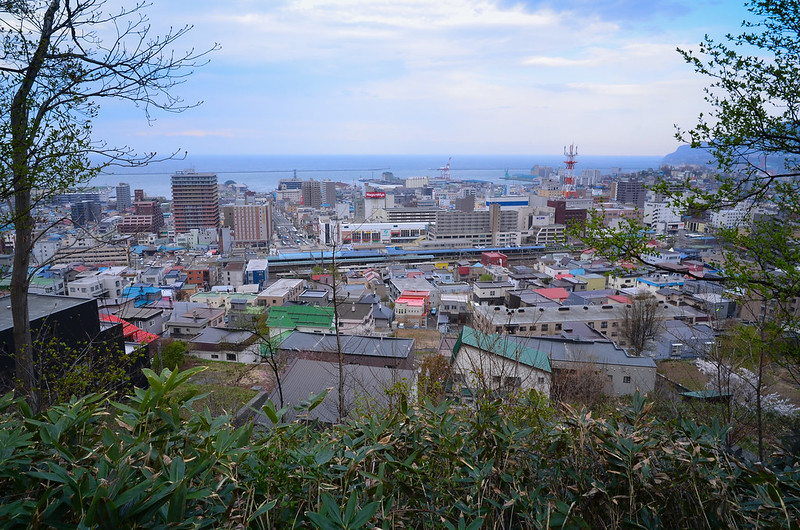 Finally, if you’re looking for a walk or a good view over the town, there is one – but it’s not signed. Standing in front of, and facing, the JR station, head to the right, and take the first road with a bridge that crosses the railway line – it has a small pedestrian bridge just off to the side of the road bridge. Follow that road up. At the very top you’ll see a yellow house with triangular-like gables – and some steps just passing it. Follow those to find a path that leads you up to an overlook, as pictured above – and others going beyond.

Still suffering form the curse of Golden Week (some places shut, everywhere busy), I stayed in the Dormy Inn to be found directly opposite the station – it was perfectly fine, and has a smallish onsen inside for guests, as well as the usual Dormy Inn oddities – notably the dining hall that fills up to capacity as they dish out free ramen around 9.15pm.

For food, though, I crossed over the canal and stopped at the German-style beer hall. The food’s exactly what you’d expect, albeit in far smaller portions than found in its home country – sauerkraut, sausages, pork, more sausages – but the beer (well, the dunkel in particular) is really pretty great. 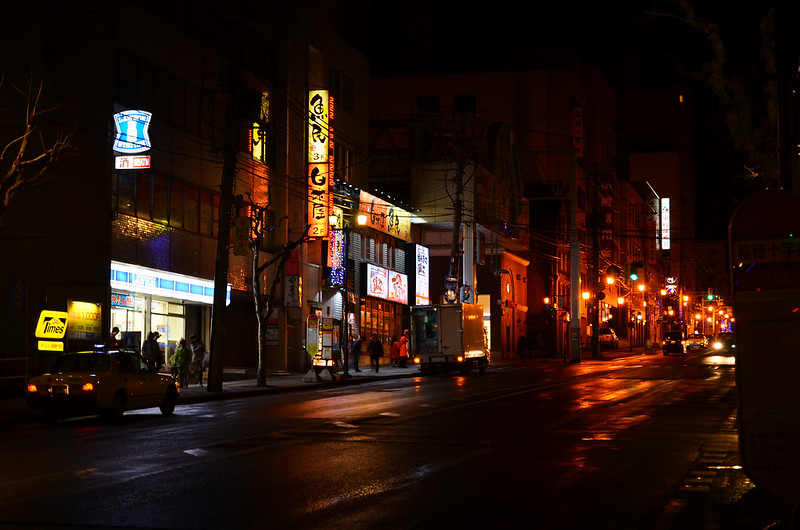 Otaru would make a great day trip from Sapporo, but it’s also a pleasant place to stay one night. And in the morning I jumped an early train back to Sapporo, en-route to Furano and Biei.